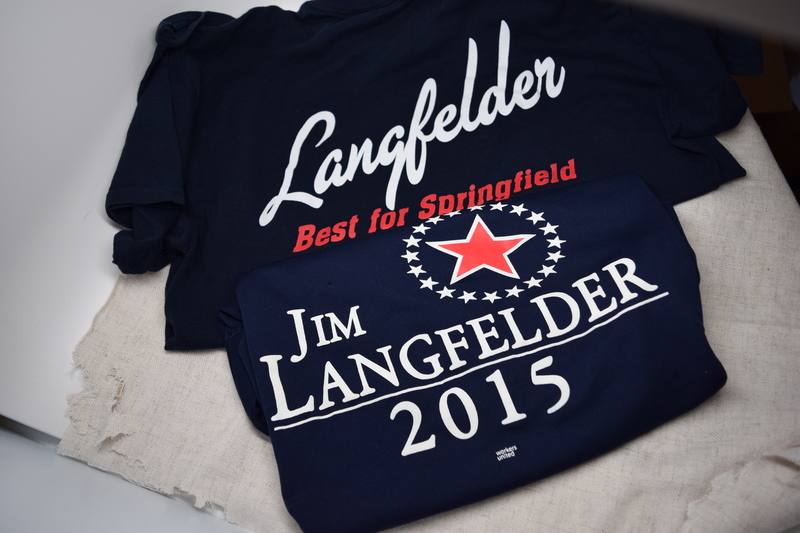 After competeling his college education, Jim went into banking and worked in multiple roles at the First of American Bank between 1988 and 1998 and later as a business development officer at Security Bank. In August 2014, Langfelder formally announced his candidacy for Mayor of Springfield. During the campaign Langfelder campaigned on being a consensus mayor in a very political city with a platform which included free wifi zone in the downtown area, targeted employment sectors, boosting redevelopment of old downtown buildings, a focus on renewable energy at the public utility, and assisting city council members in creating individual plans for their ward that could serve as part of the city plan and having at least one member of his cabinet be African American.

He won the February primary election in a five candidate field with 40% of the vote and won the April runoff election against Paul Palazzolo with 55% of the vote. During the election, he earned the endorsements of the Sangamon County Democratic Party, the Inner City Older Neighrborhoods organization, the State Journal-Register, and local labor unions including the Central Illinois Building and Construction Trades Council, the Central Illinois Trades and Labor Council and AFSCME Council #3 .