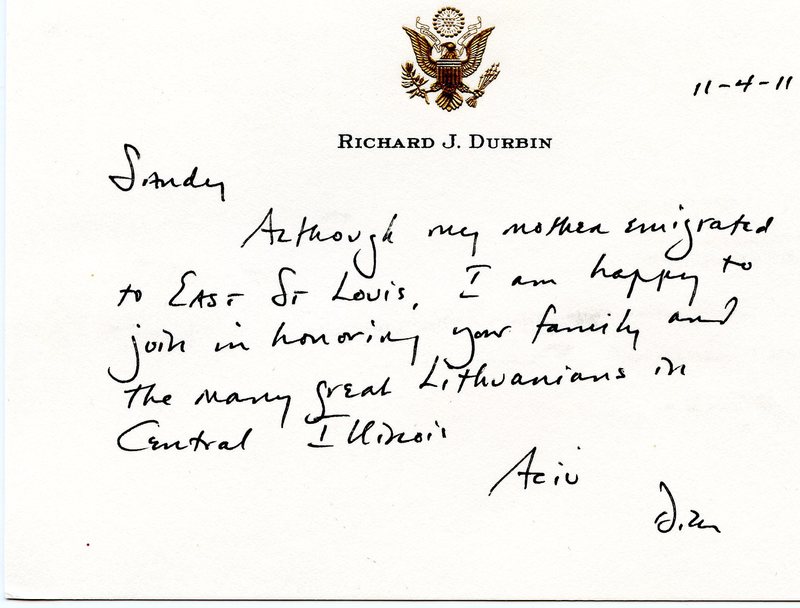 A set of letters from Dick Durbin sent for the event commemorating the 2012 Lithuanian American marker in Springfield. 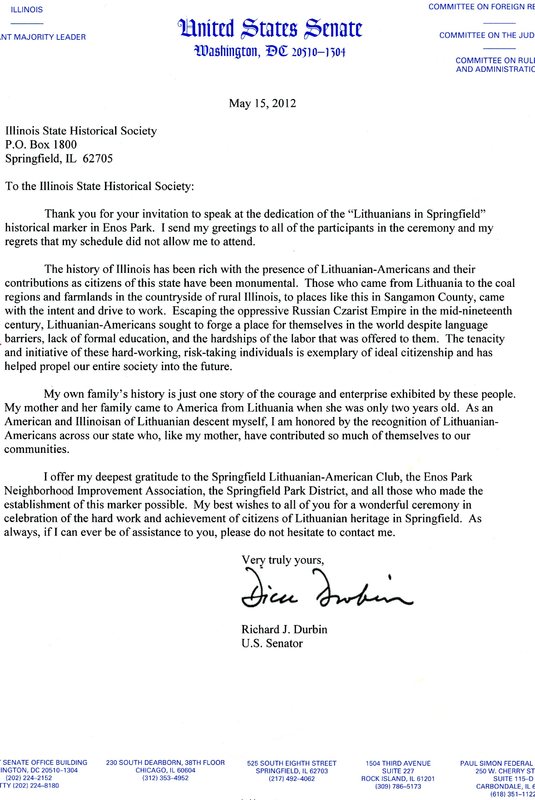 This is senator Dick Durbin's reply to the Illinois State Historical Society and to Sandy Baksys, declining the chance to speak at the Lithuanians in Springfield Historic Marker. He expresses his sentiment and his own history in an official typed letter and a more personal hand written letter. He expresses pride in his own Lithuanian heritage and reveals what his own family's immigration story looked like. Dick Durbin's family treasured the freedom they found in America.

More on Dick Durban's family history can be read here, on lithspringfield.com.

← The Proclamation
A Senator's Letter