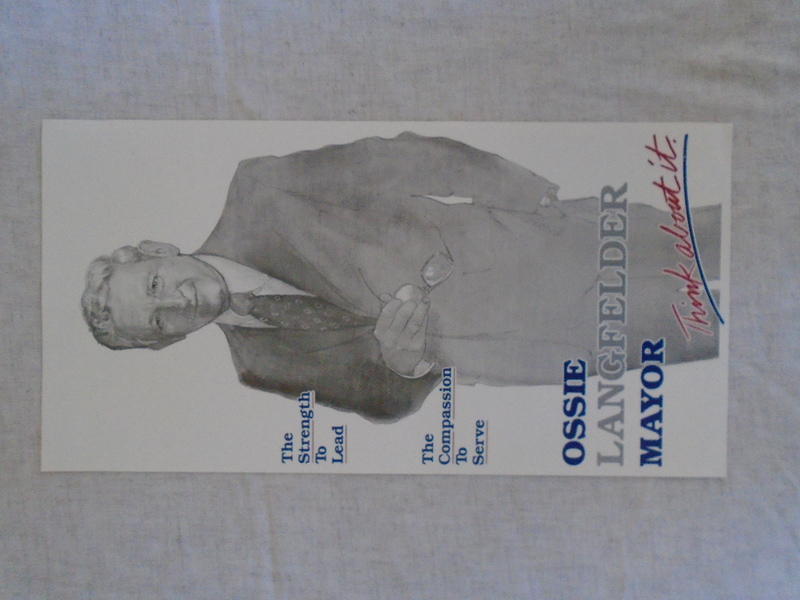 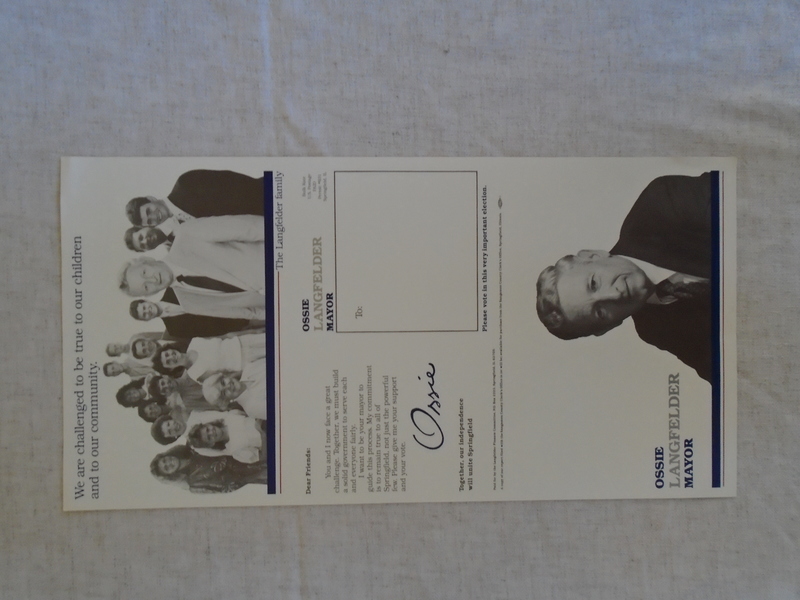 At the age of 61 Ossie Langfelder was elected Mayor of Springfield Illinois. He became the first person elected Mayor under the new mayor aldermanic forum in 1986. This flyer is from his first campaign where he urges citizens to come together to build a solid government that will take care of everyone equally and fairly. Friends described him as “very honest, very helpful, out for the common people, not just for him.”

During his campaign Ossie Langfelder was asked how he would get along with ten aldermen, he answered with “Well, I have thirteen children. We have only one bathroom. We all get along” Family was important to Ossie Langfelder. He would work overtime to afford food for his family and took pride in his children’s education and careers. His flyer reflects these family values, featuring an image of his wife and children.

The Strength to Lead

The Compassion to Serve