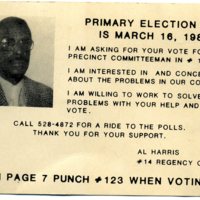 This was a note card issued during Al Harris's Republican primary campaign for Precinct Committeeman #108 in March 1982. His campaign was successful, and he served for one term in office. 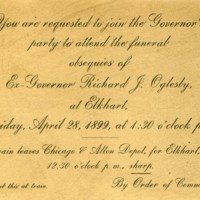 Invitation to attend the funeral of former Governor Richard Oglesby in Elkhart,Illinois, on April 28th, 1899, at 4.30pm. Invitation includes information about funeral train at Chicago and Alton Depot.

Item was purchased by contributor at auction.… 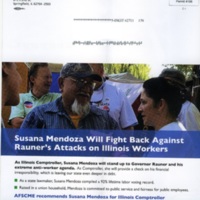 Susana Mendoza, a Democrat, runs for Illinois Comptroller in 2016 to challenge Leslie Hunger (Republican). As of the publication on the UIS History Harvest website, the outcome of the election is yet to be determined. 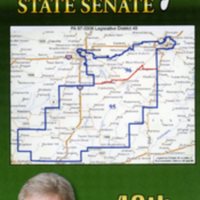 A Flyer for Mike McElroy (Republican) as State Senator (48th district) in the 2012 elections. He lost the election against the Democrat Andy Manar by a margin of 9'000 votes. 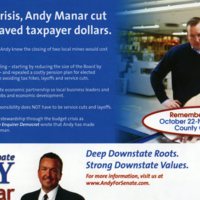 The contributor was a paid field organizer for the campaign in… 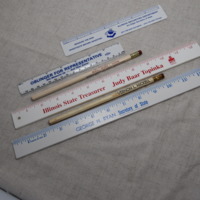 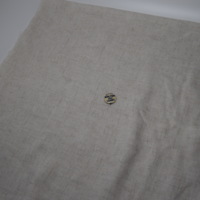 Pin to support the re-election of Walton and Leary. No information on office or year for election. 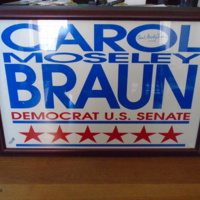 Braun served as the United… 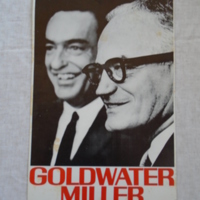 Goldwater-Miller campaign poster from the 1964 presidential campaign.
Goldwater was originally from Arizona. Goldwater Lost to Lyndon B. Johnson. 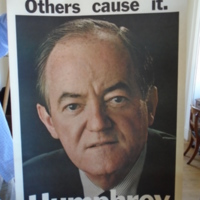 Humphrey Campaign Poster
Humphrey Ran for president in 1968 after Lyndon B. Johnson said he would not be running for reelection. He lost to Nixon.