Lithuanians in Illinois: A New Life 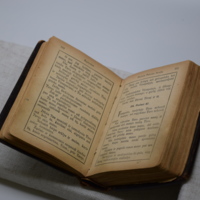 The late 19th century saw the first major wave of Lithuanians into America. Thousands of Lithuanian people came to the Springfield Illinois area. Lithuanians fled harsh repression experienced under the Russian Empire. Lithuanians in Russia suffered poverty, conscription, and a ban on their language. At first Lithuanian men came to Sangamon county to work in the coal mines. After the men found work, the rest of the family would come over the Atlantic ocean to join them. These Lithuanian families formed their own community in Springfield. This community, united in their faith as well as their language and history, built the Saint Vincent de Paul Catholic Church in 1909.