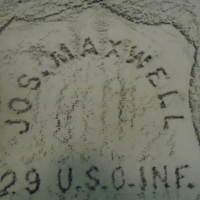 Military conflict has been ingrained in the United States since its inception in 1776. Throughout the years countless individuals from Illinois have answered the call of conflict. Being recognized by one’s service to the nation and being bestowed the title of Veteran is an honor that few people can claim. A debt is owed to all veterans and the State Of Illinois continuously acknowledges the sacrifices made by those individuals who have served. Illinois veterans have participated in every major national conflict dating back to the Civil War. The history harvest has allowed an opportunity for community members to bring in veteran memorabilia in an attempt to share these individuals legacies. The pieces presented are an extension of those individuals and their time in service. Also highlighted through these items are some of the programs that have existed as benefits to those who earn the title veteran. Below is a brief explanation of the history of veteran benefits and what services are provided for veterans.

The United States has the most comprehensive system of Veterans benefits and care of any nation in the world. This history of Veterans’ benefits in this country dates from the War for Independence. For the first few years Veterans’ benefits were handled by the Federal Courts, but this quickly proved to be unsatisfactory and responsibility for administering benefits was assigned to the War Department. Initially, no clear distinctions were made between service pensions, pensions for needy, aged, or disabled Veterans, and pensions based on disabilities arising from military service. Different pension programs with different eligibility requirements were enacted for Veterans of each of the wars the United States fought during the first half of the nineteenth century. Benefits for survivors of wartime Veterans were first authorized about 1806. Until 1930 responsibility for various Veterans’ programs was fragmented among several agencies. During the latter part of the 1800s and the early 1900s, a Bureau of Pension administered Veterans’ pension programs; at different times this Bureau was variously under the jurisdiction of the War Department, the Navy Department, the Treasury Department, and the Interior Department. In 1914 a Bureau of War Risk Insurance was established under the Treasury Department to ensure American ships and cargoes against the hazards of carrying war materials to the Allies. When the United States formally entered World War I in 1917, the Bureau of War Risk Insurance was assigned the additional tasks of providing life insurance for American troops and administering Veterans’ and survivors’ benefits after the war. In 1918 a Federal Board of Vocational Education was established as an independent agency to provide vocational rehabilitation for disabled World War I Veterans based on eligibility as determined by the Bureau of War Risk Insurance. The Public Health Service was charged with responsibility for providing medical care for World War I Veterans. In 1921 the Veterans Bureau was established as an independent agency to consolidate all benefits for World War I Veterans (life insurance, disability and death compensation, vocational rehabilitation, medical care) under one agency. The Bureau of Pensions continued to separately exist to handle benefits for Veterans of previous wars and their survivors. The Veterans Administration was established in 1930, merging the Veterans Bureau and the Bureau of Pensions and finally bringing all Veterans’ benefits programs under the jurisdiction of a single agency.

NATIONAL CEMETERY ADMINISTRATION (NCA) The National Cemetery Administration Honors Veterans with final resting places in national shrines and with lasting tributes that commemorate their service to our nation. NCA provides burial space for Veterans and their eligible family members. They maintain national cemeteries as national shrines, sacred to the honor and memory of those interred or memorialized there. NCA is also responsible for marking Veterans’ graves with a government-furnished headstone or marker and to provide Presidential Memorial Certificates in recognition of their service to a grateful nation. Finally, NCA is responsible for administering grants for establishing or expanding state Veterans’ cemeteries.

A Special Thanks to: