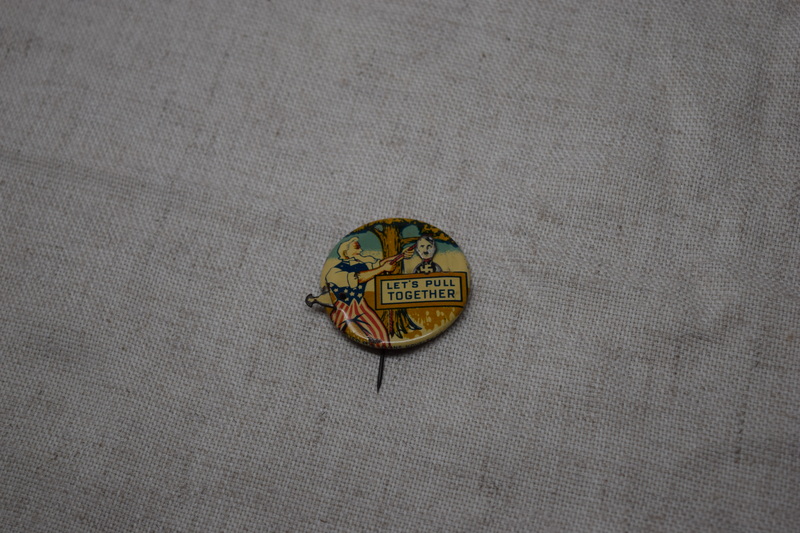 While not an election campaign button in the strictest sense of the term, this curious item would have  made a profound geopolitical statement in the 1940s. Advocating strength or unity through national effort, when a small lever on the side of the button is pressed, Hitler’s head pops up, and it appears as if Uncle Sam is hanging the German dictator.