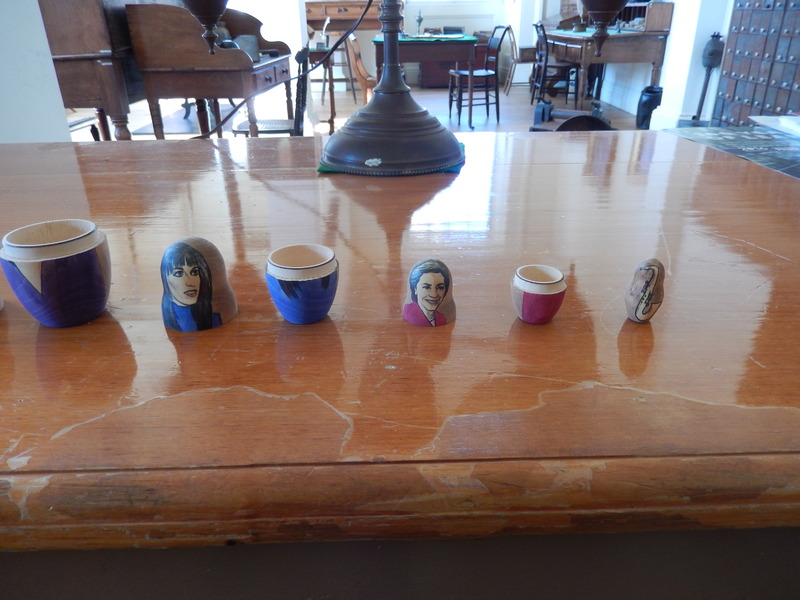 Notice the images that how the dolls separate to reveal the doll from the inside and so on.

These dolls were based off of the Russian "Matryoshka” example. The Russians originally made these with a young lady on the figure with a smaller one inside. 5-30 dolls can be included in a set. The doll sets have a different theme.  They were used to commemorate the leaders.  We are not sure when these were produced, most likely after the fall of the Soviet Union.  These depict President Clinton at the largest doll then Hillary is the next.  These dolls are possibly in reference to the Lewinsky-Clinton scandal.  These are unique for the fact not many exist.  [1]