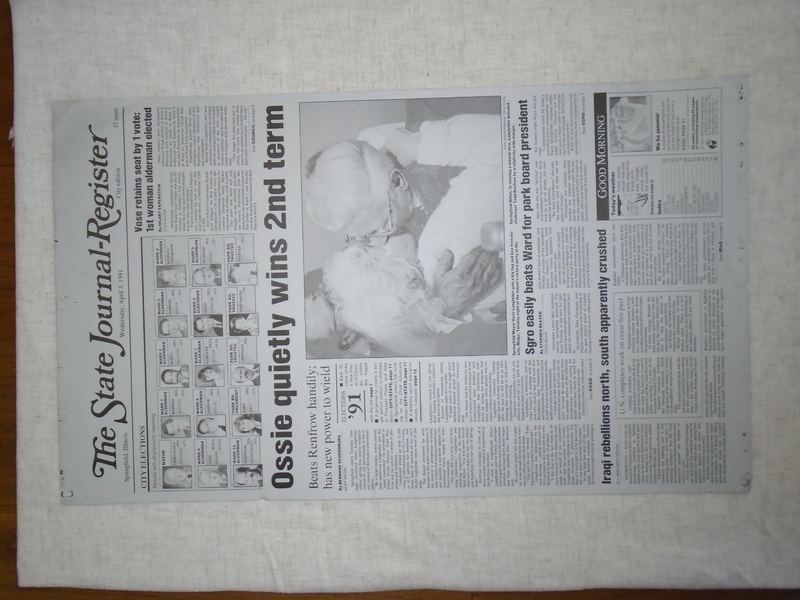 Wednesday, April 3, 1991 Ossie Langfelder won his second election for mayor of Springfield Illinois. Despite accusations of wrong doing among his aids, Langfelder received 58.5 percent of the votes while Todd Renfrow received only 41.5 percent. Ossie Langfelder is known for his “quiet leadership” and record of a prosperous economy with a low unemployment rate.  Langfelder feels that despite the accusations from Renfrow’s campaign team, the voters understood the type of person he really is. This understanding allowed for him to be reelected by a significant margin.

When the announcement was made Langfelder told cheering crowds “For me, this is a very humbling experience. You will never realize what you’ve done for me, my family and hopefully for the city of Springfield.” Langfelder continues to look forward to working with the new aldermen for the good of the city.

In the attached picture Ossie Langfelder kisses his wife, Midge, during the victory party at the Springfield Hilton.