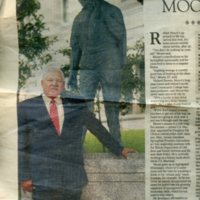 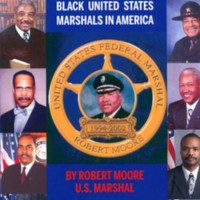 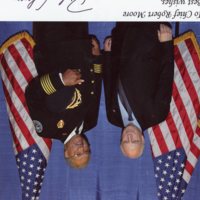 Topics on “Racism and Reconciliation” is quite intriguing because one can argue that the issue of reconciliation as an outcome was far-fetched especially in Springfield. It is interesting to know that eighty-six years after the Springfield Race Riot, a black man was appointed as the United State Marshal for the Central District of Illinois on October 17, 1994. Robert Moore was born in Pontotoc Mississippi and grew up on a forty acre farm. Moore was nominated for the position of U.S. Marshal by Illinois Senator Carol Mosley Braun and subsequently appointed by President Bill Clinton in 1994.  He served in that position until 2002.  In 2002 he was selected as the Chief of Police of Jackson, Mississippi by that city's mayor, Harvey Johnson. Moore like many other young men during this period completed high school and joined the United States army in 1962. Relocating to Rockford, Illinois in 1965 after completing his military tour in Kansas and Germany, Robert began his distinguished law enforcement career as a Deputy Sheriff in 1970. After joining the Illinois State Police in 1972, he earned his bachelor and master degree from the University of Illinois at Springfield.

Robert has left a legacy in all agencies where he has worked. In 1982, he wrote his first manuscript for publication while attending the National Police Academy at the University of Louisville, Kentucky. The publication is titled “Strategies for Increasing the Black Police Executives” and was published by the Justice Department in the Law Enforcement Bulletin in 1983. The manuscript became the model for the nation. It generally explained that if blacks are to be proportionally represented in police executive positions, specific organizational and managerial barriers must be overcome, as well as barriers within black officers themselves. During his eight years tenure under the Clinton Administration, Marshall Moore was selected as Chairman of the Equal Employment Opportunities Advisory Committee to the Director (EEOAC), and he subsequently conducted public hearings on the status of equal treatment of employees and recruitment within the Marshal Service. He served in this position for three years. In 1995, Marshall Moore wrote the first of several articles on the history of Black-Marshall and Deputy U.S. Marshalls and in 1998 that history was published in the National Organization of Black Law Enforcement. Also, Moore founded Robert Moore Associate, an employment agency that helps develop minority recruitment plans and forge a partnership between police department and communities to encourage minorities recruitment and selection.

Following his separation from the Marshal Service in June of 2002, Marshal Moore deferred his retirement and became the twenty-fifth Chief of Police of the Jackson Police Department. Following his three year tenure as Chief of Police, Marshal Moore retired from the Service in October of 2005. He holds a lifetime of membership in the Marshal Service Association. During his tenure, he received two distinguished service awards. The first in 1999 for his work as Chairman of EEOAC and the second in 2002 when he won the distinguished District Awards.

Overall,  the Springfield Race Riot in 1908 portrayed a level of hostility between the blacks and white during that period which was as a result of systematic segregation. However, the life of  Marshal Robert shows the significant development on issues of racism and the promotion of humanitarian value for the blacks in Illinois from the early twentieth century to the late twentieth century. Robert’s live gives hope to the black community in the twenty-first century and beyond.