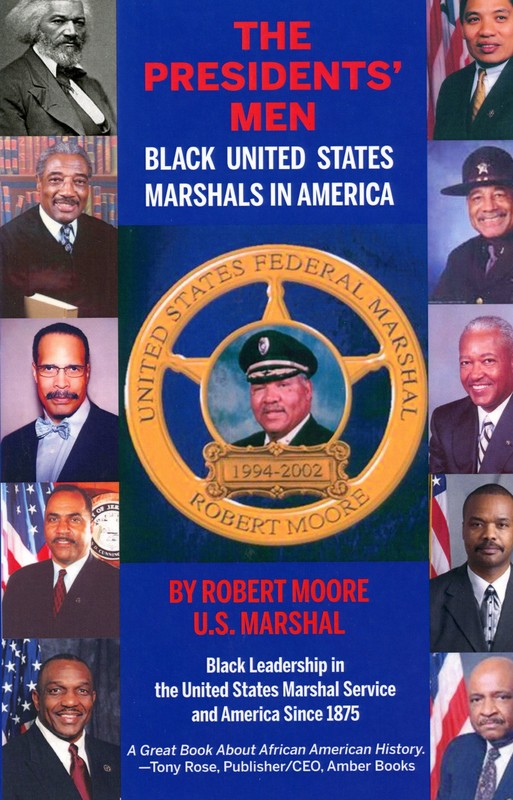 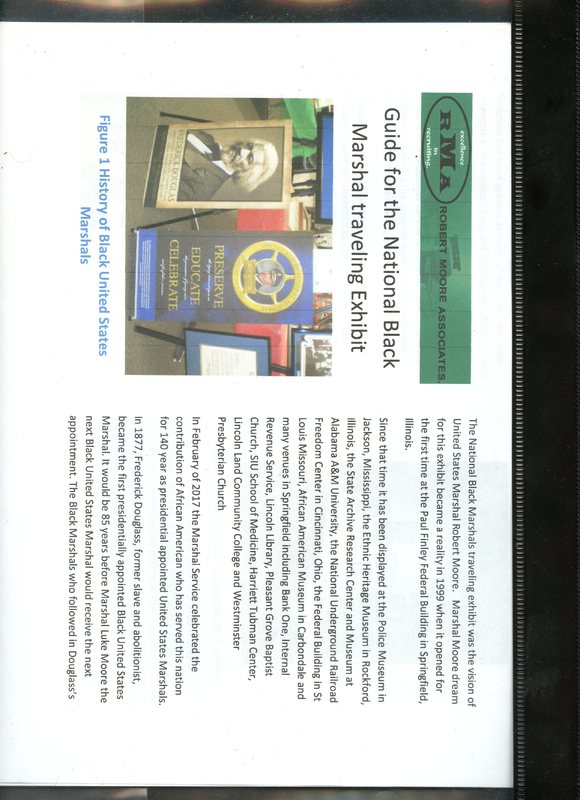 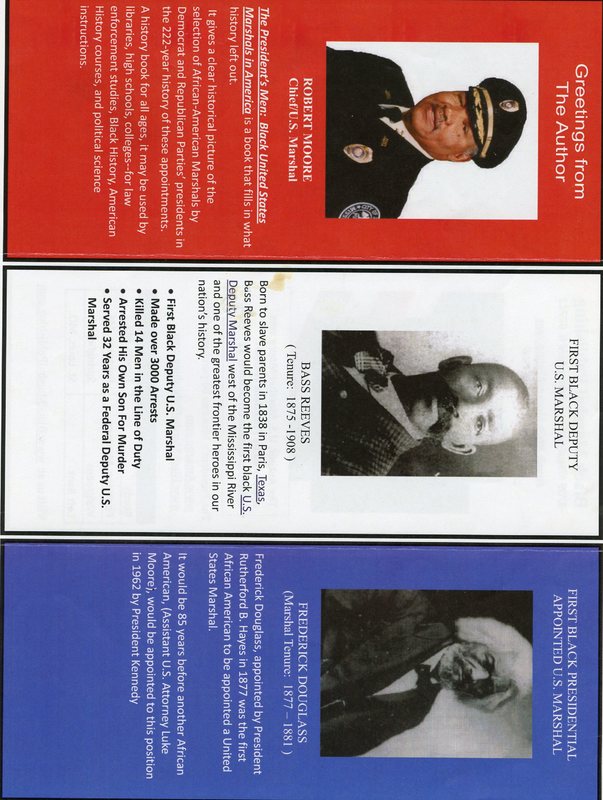 In 1999 during his second term in the Central District of Illinois, Marshall Moore became the creator of the traveling Police exhibit designed to educate the public about the history and contribution of Presidential appointed Black Marshals and Deputy U.S. Marshals. The exhibition was called “The President Men -Black U. S. Marshals,” and the book was published in 2010 with the same title. The book captures a hundred and thirty-two years of history of Black Presidential Appointed U.S. Marshals. Also, the book is the first black history book that attempts to present African American Presidential appointed U.S. Marshals, who served or serves in the oldest law enforcement agency in the nation, and the nine Presidents who elected them (five Republicans and four Democrats). Marshall Moore was also successful in building a human relationship.