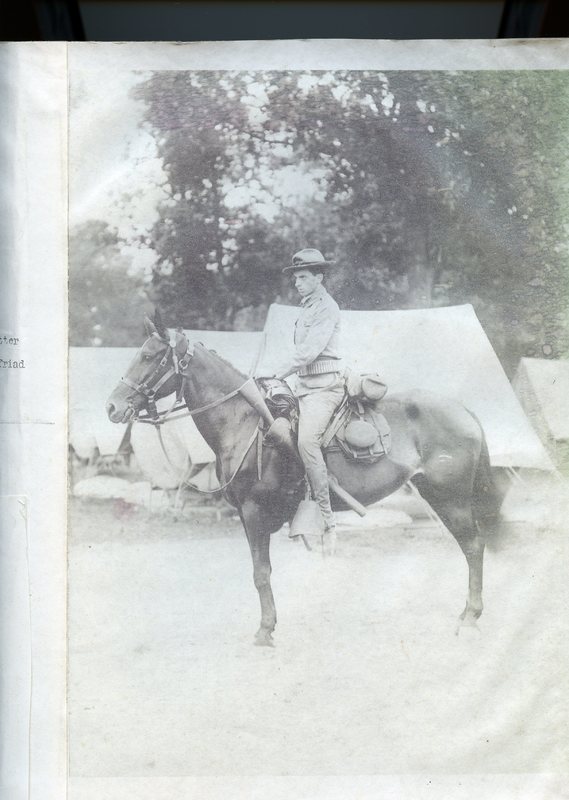 The 1908 Springfield Race Riot was one of the most important events in the history of all African-Americans, not just those in Illinois. This event is commonly thought of as having directly caused the development of the NAACP. These photos show the National Guard camp that was set up to deal with the 1908 Springfield Race Riot. The first photo is the ancestor of the owner of the photos, Roger E. Chapin, who was in the National Guard at the time of the Race Riot.

The final photo describes Roger Chapin's involvement with the national guard as well as his father, E.L. Chapin's, involvement with cleaning up the aftermath of the Race Riot as a judge. The second photo gives a glimpse at what the National Guard camp would have looked like back in 1908. There are several men around, but it does not appear to have been a large enough or appropriate response to the situation, given the ramifications of the event. It is important to see how bad things were for African-American's at one point in Illinois to understand how far things have come as well as how easily things could return to such a state.