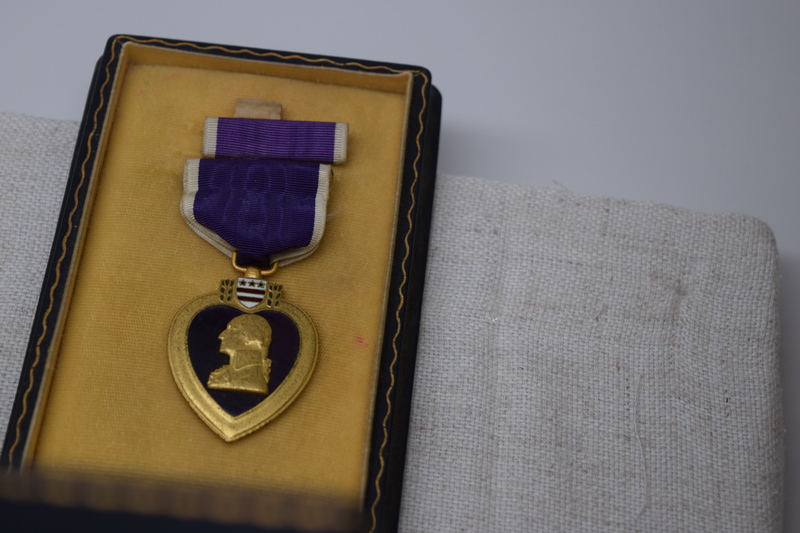 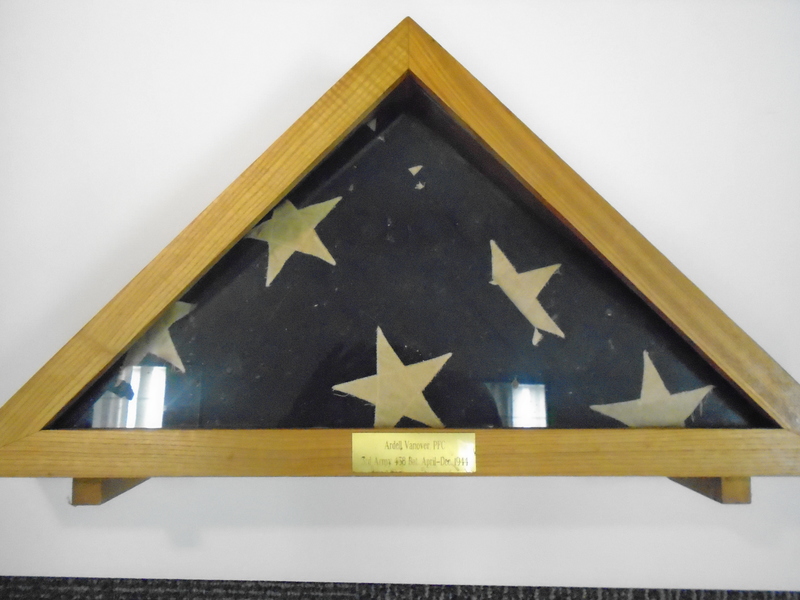 World War II saw European countries dividing between the Axis and Allied Powers, while others attempted to stay neutral in the conflicts that emerged as a result of the devastation caused by World War I. Just as America entered into WWI as the conflict had already been raging across the ocean, Europeans had again been fighting a long and costly second world war as the U.S. sat isolated from the same violence and destruction experienced daily overseas. However, after the Japanese attack at Pearl Harbor and President Roosevelt’s speech to Congress in 1941, U.S. troops were deployed in masses to Europe to fight alongside the Allies. According to the National WWII Museum, by 1945, the United States had 12,209,238 US military personnel dedicating themselves to the effort to defeat the Axis Powers and end the war. Among these numbers were men from Illinois who bravely served and fought for the United States. Together, some of the artifacts from this year’s History Harvest tell a story of sacrifice as they also highlight various military benefits derived from their service to our country.

From December 1944 into January 1945, U.S. soldiers fought Hitler’s forces in the snow-covered region of the Ardennes forest during the Battle of the Bulge. The National WWII Museum states: “an offensive by three German armies across a 75-mile front, the operation involved more than one million soldiers: 200,000 assault troops in the initial wave and over 800,000 in reserve, ready to exploit the initial success. It caught unprepared American forces on the front line by surprise, ruptured their defensive line, and headed west through the Ardennes towards the Meuse River and Antwerp, the principal Allied supply port in Western Europe.”PFC Ardell Van Over was one of the courageous young men who fought this German offensive. According to surviving family members, during the battle PFC Van Over sustained wounds from a landmine explosion during the battle and he eventually succumbed to complications from his injuries.

After PFC Van Over’s death, his body was returned to the United States. As is the military tradition for fallen soldiers, a flag was draped over his coffin and it was presented to his family who preserved it in memory of him and his heroic service. Additionally, the U.S. Government recognized Van Over’s bravery in issuing him a Purple Heart posthumously. General George Washington issued “purple-colored heart-shaped badges” to veterans of the Continental Army after the Revolutionary War. After the attack on Pearl Harbor, the modern military tradition of issuing Purple Heart medals to soldiers who shed blood or were killed in the service of the United States was instituted in formal recognition of soldiers’ bravery and sacrifice.

A final perspective of military benefits extended to PFC Van Over for his service in WWII relate to education. Based on oral history, PFC Van Over’s service and sacrifice afforded his son educational opportunities through the War Orphans’ Educational Assistance Act of 1956 and the Servicemen's Readjustment Act of 1944 (better known as the GI Bill). First using the War Orphans benefits, Donald Van Over was able to attend college and acquire a Bachelor’s Degree. Although he hadn’t initially planned on it, Mr. Van Over was later able to employ additional benefits through his father’s surviving GI Bill provisions in order to get a graduate postsecondary education, resulting in even greater professional employment opportunities and achievements in his adult life.

Another veteran Illinoisan, Eugene Taylor, provided us with an example of another type of benefit afforded to service members. One of the many interesting artifacts left from his service in the Pacific theater of WWII is his tobacco ration card. During the period of the War, smoking tobacco was a prevalent and enjoyable practice among many Americans--particularly soldiers who were targeted by tobacco companies beginning in WWI. This tobacco ration card afforded Taylor tobacco allowances during a 26 week period. While there are regulations to the ration distribution with the card (ex: the card was non-transferrable), the actual tobacco could’ve served to bring some pleasure to Eugene Taylor during his naval service in that he could smoke it himself or make deals for money or other items as the result of possessing such a highly-desirable commodity among soldiers who did use tobacco consistently.