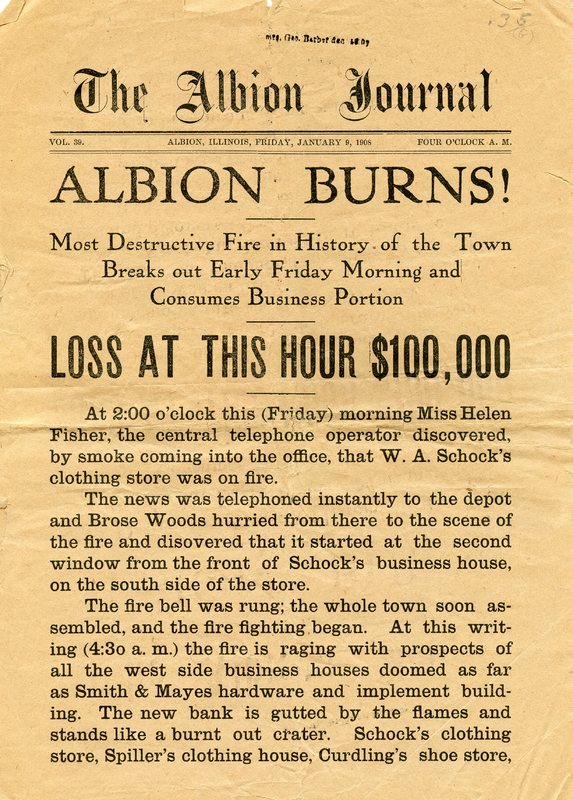 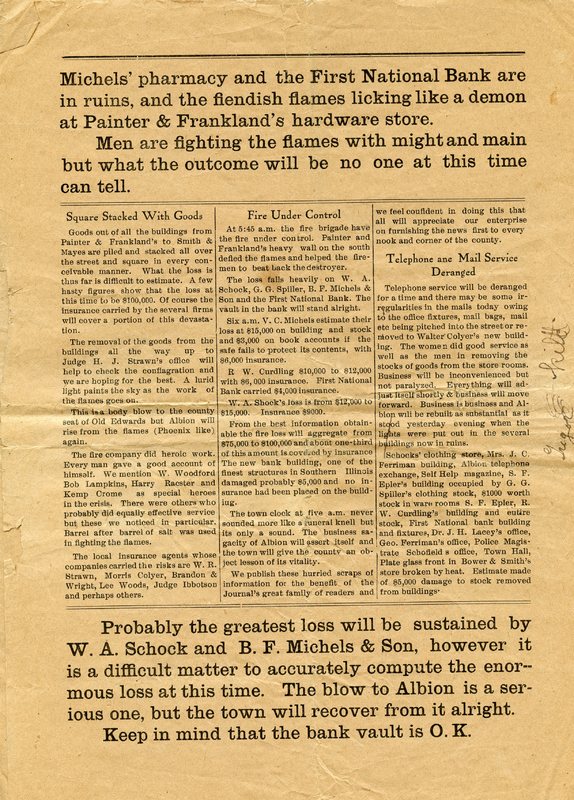 At a time when the news cycle is 24/7 and breaking news from across the globe can be reported within minutes, a newspaper saved from January 9, 1908 gives light to how breaking news operated at a local level.

The morning of that day shook the town of Albion, a rural town of 1,200 people located on the southeastern corner of Illinois. According to the town’s newspaper, The Albion Journal, at 2:00 AM a fire broke out in the business district. At the time of printing, the town suffered from an estimated loss of $100,000. Several businesses including W.A. Schock’s, Smith & Mayes Hardware, Spiller’s Clothing House, Curdling’s Shoe Store, Michels’ Pharmacy and the First National Bank, were all victim to the fire. According to the Albion Chamber of Commerce, the double brick wall of the Painter and Frankland hardware store prevented the fire from spreading further. The fire was subdued at 5:45 AM.

What stands out in this article were the unknown authors who wrote got all of this information by the time this paper was printed later that morning. The front-page author wrote their piece about the moment the fire took place. Three other articles were written discussing how loses were mitigated by removing goods from the burning buildings, when the fire was put out with an estimate of damages for each of the affected businesses, and a warning for locals about how telephone and mail services will be postponed.

How many staff members did the Albion Journal have on its roster? The turnaround on this story of one of Albion’s greatest tragedies is remarkable. To obtain, write, print, and distribute all of this information in such a short period of time must have taken a great deal of teamwork and effort.