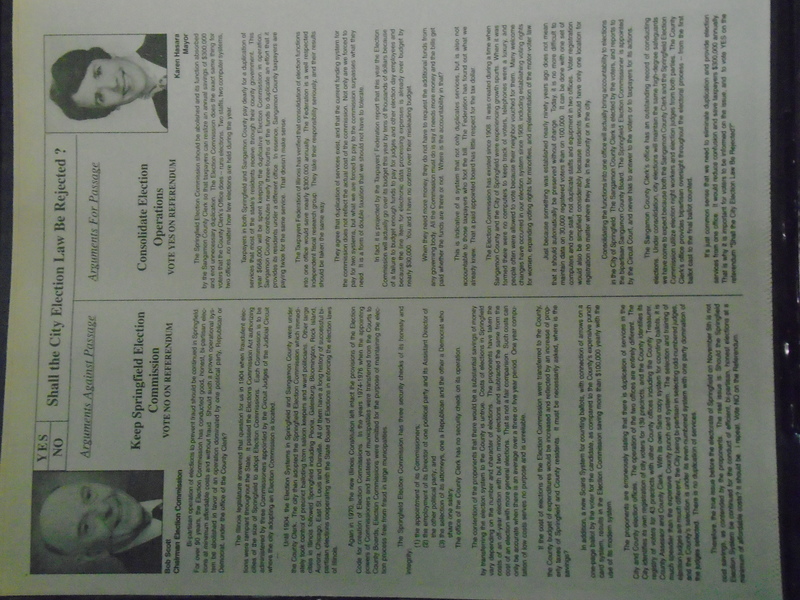 The "Sangamon Republican" was a quarterly newspaper that operated from the 1980s to the 1990s. Sent out to every registered Republican household in Sangamon County, the paper was one of the mouthpieces of the party. In addition to discussing candidates and campaigns, the paper also covered issues important to the party.

One such issue was the proposed elimination of the City of Springfield's election commission. The Republicans were in favor of eliminating the commission. Tony Leone, who ran the paper, reached out to both sides of the discussion to have both sides of the issue represented. Leone, like most Republicans, was personally in favor of elimination, and wrote an editorial that appeared on the next page.

But behind the scenes, this story was highlighting  the personal issues within the Republican party. Despite showing the piece against elimination to the pro-elimination side first, Leone was asked not to run the anti-elimination column at all. He decided to run it anyway.

The commission would be eliminated in the referendum.

Leone cites this as indicative of why he would leave the paper. The Sangamon Republican did not last long after his departure.