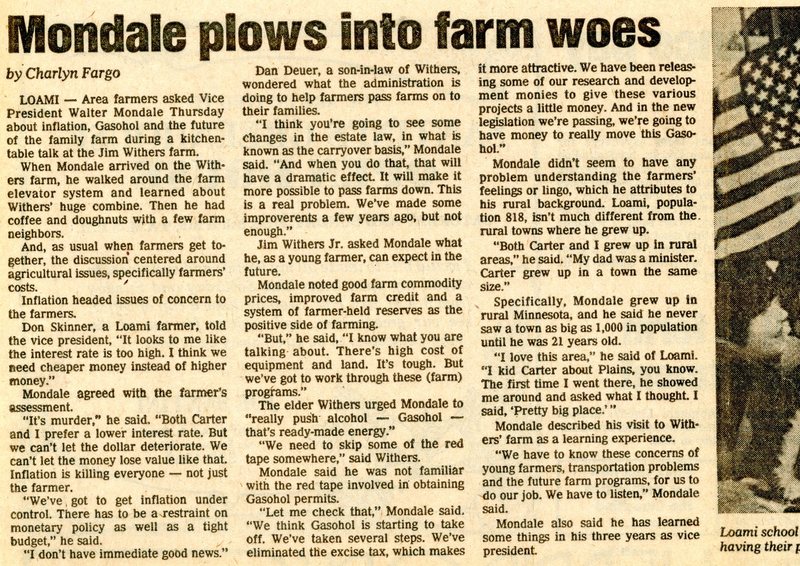 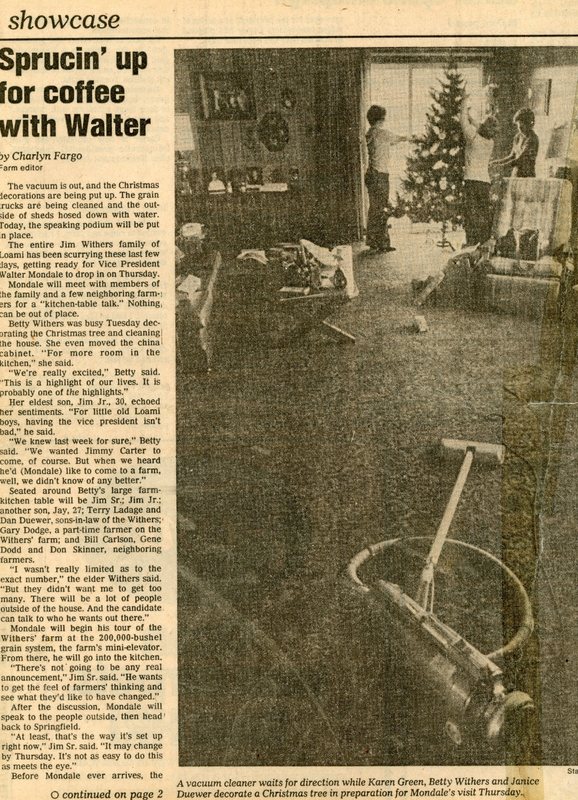 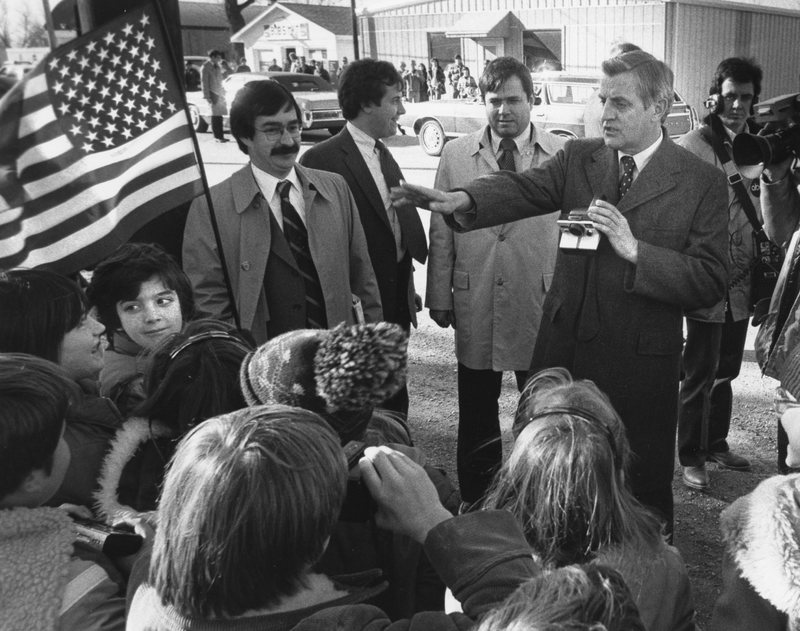 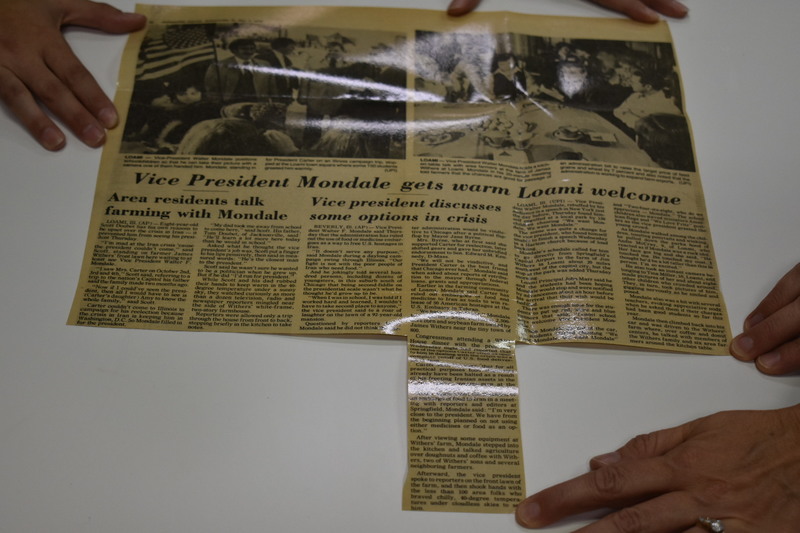 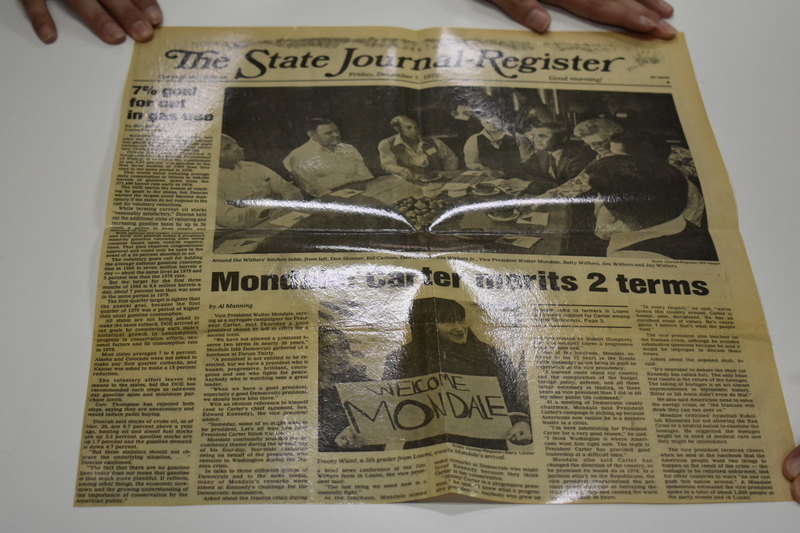 Walter Mondale's campaign visit to Central Illinois in the winter of 1979 highlights how different people prioritize the same event. Mondale was Vice President under Jimmy Carter. While vice presidents, including Mondale, often lament their second-tier status in the White House, they still play an important part on the campaign trail.

National newswire services, like the Associated Press (AP) or United Press International (UPI) kept their focus on the presidential campaign and national issues. But for local papers, like the State Journal Register (SJR) and the Jacksonville Journal Courier took their coverage past the obvious campaign trail issues to look at the local issues of the Carter Administration's impact on agriculture and the Mondale's visit with Withers family. Charlyn Fargo, the SJR's Farm Editor, covered these more regionally important stories, while political correspondent Al Manning and the national wires handled the national stories.

All of the clips came from the same personal collection. Some of the clippings have been sealed in lamination, ensuring they are well protected long into the future.