'Lincoln: The Candidate and The Icon' - a Background 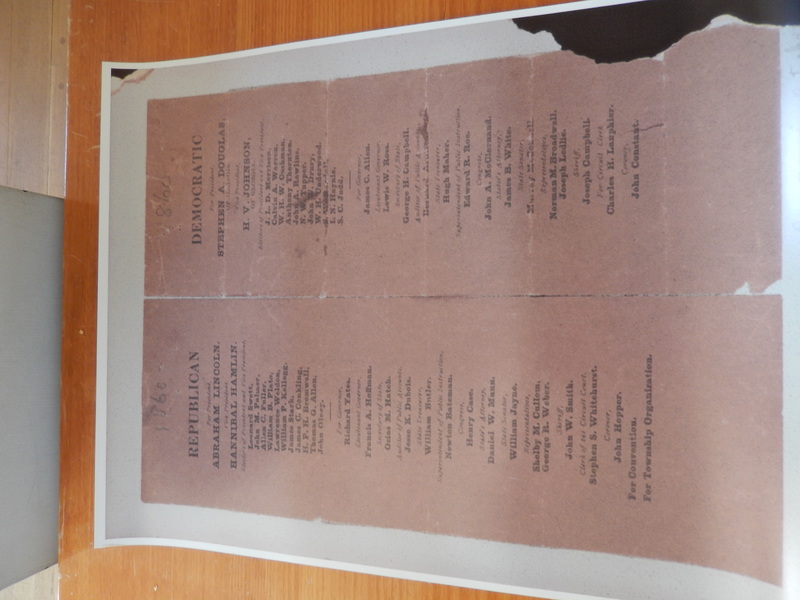 Campaign medallions, tokens, and buttons are a staple of campaign promotional fare, with the pinback perhaps amongst the best known and most widely circulated of these. Pin-back (or pinback) buttons, medallions, and tokens were heavily employed during both of Abraham Lincoln’s 1860 and 1864 presidential campaigns, and would become a campaign staple for candidates of every sort across the nation thereafter.  Campaign buttons were first utilized at the inauguration of George Washington in 1789 by his supporters, bearing only the simple slogan “God Save The President”. These were sewn to a coat lapel, or pendant through a hole usually pierced at the uppermost through which string or ribbon was inserted.1 Campaign buttons would have no significant design or construction changes until Lincoln’s first presidential election in 1860. Led by David Davis, the party supporters who financed and ran his campaign had, like Lincoln himself, kept abreast of patent office issuances. They pounced on utilizing Ohioan Professor Hamilton L. Smith of Kenyon College’s 1856 ferrotype innovation (aka Melainotype, or tintype, the process whereby a photograph could be amalgamated to tin with dark enamel or lacquer) to great advantage.2 For the first time, people could see and experience a candidate’s likeness on metal pinbacks, medallions, or tokens – an important innovation especially for more remote constituencies lying off the beaten campaign path who would be unlikely to ever receive a visit from the subject candidate. Lincoln reportedly had little influence on how his managers constructed his 1860 campaign promotion, making none of the stump speeches for which he had gained renown. He witnessed the outpouring of “spin” while mostly restrained on the sidelines, and William H. Herndon would later report that he was “bored. Bored badly” by the proceedings.3 Pinbacks, medallions, tokens, banners and standards, leaflets, pamphlets, wooden axes would join other rare material promotional items which might even carry his managers’ slogans far afield – “Vote Yourself a Farm”, “The Republican ball is in motion”, “Honest Old Abe – the people’s choice”, “The Rail-Splitter of 1830/the President of U. S. 1861”, “The Rail Splitter of the West”, “Free Soil, Free Speech, Free Home (Lincoln/Hamlin)”, Protection to American Industry”. Lincoln’s managers would spend a staggering $150,000 on the 1860 campaign alone.4

The 1864 campaign would see Lincoln participant in his own spin. There would be greater proliferation of promotional item types appearing during this campaign as so much was at stake for Lincoln’s reelection, being the first national election to take place in the U. S. during a time of war. Billed not as the Republican Party ticket, Lincoln and other Republicans would instead campaign on a ticket billed as “The National Union Party”. Jugate cards also bearing “War Democrat” Vice Presidential candidate Andrew Johnson, ribbons, and similar items would play more of a role in this campaign, their surfaces peppered with responses meant to usher Lincoln over the wall of opposing rhetoric in the eyes of voters. Many if not most buttons and badges of this campaign tended to have elaborations or embellishments such as hourglass views, and were often of more costly metal alloys than in 1860, occasionally pendant from three-dimensional objects such as eagles or other patriotic emblems.

In addition to appearing on more traditional media such as badges, banners, or pinbacks,  “Lincoln and Liberty Too” was but one of several Lincoln campaign slogans put to music in small sheet-music “songsters”It was set to a traditional tune (“Rosin’ the Bow”) by Jesse Hutchinson, Jr., of the famous New Hampshire abolitionist family, The Hutchinson Family Singers.