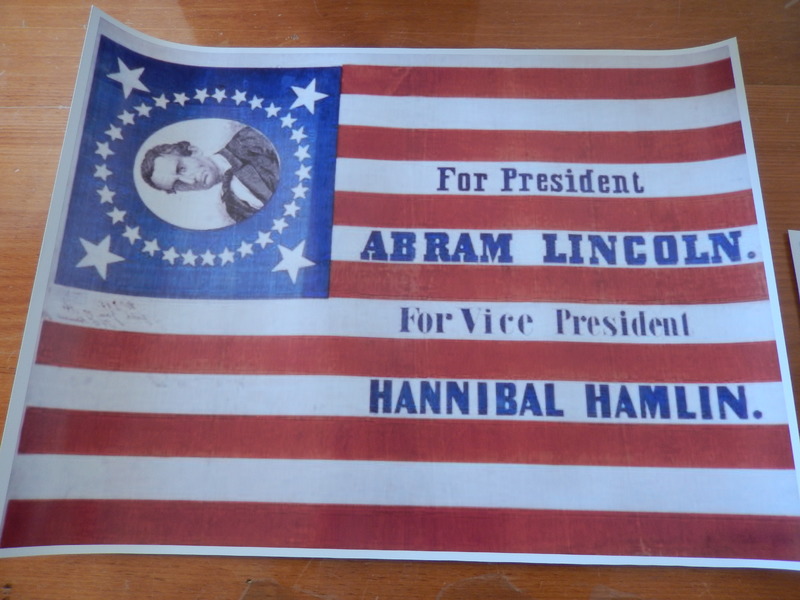 This reproduction campaign banner of 1860 shows a portrait of Lincoln sans facial hair with the wording, “For President Abram Lincoln. For Vice President Hannibal Hamlin.” The portrait is rotated 90° from the text but was designed that way, so it would hang as a flag does, with Lincoln’s face appearing in the upright disposition. However, Lincoln’s first name is misspelled, regarded by most as an error on the maker’s part, but some believe it was an indication “…that some New York publishers (despite his successful Cooper Union address) were not yet familiar with the western candidate.”2

Interestingly, the Presidential and Vice-Presidential candidates did not meet until after the Convention – Hamlin being selected as the running mate from Maine to help shore up the Northeastern voting block. Hamlin was not only a choice out of political expedience. As a strong abolitionist, he played a significant role in persuading Lincoln to issue the Emancipation Proclamation.