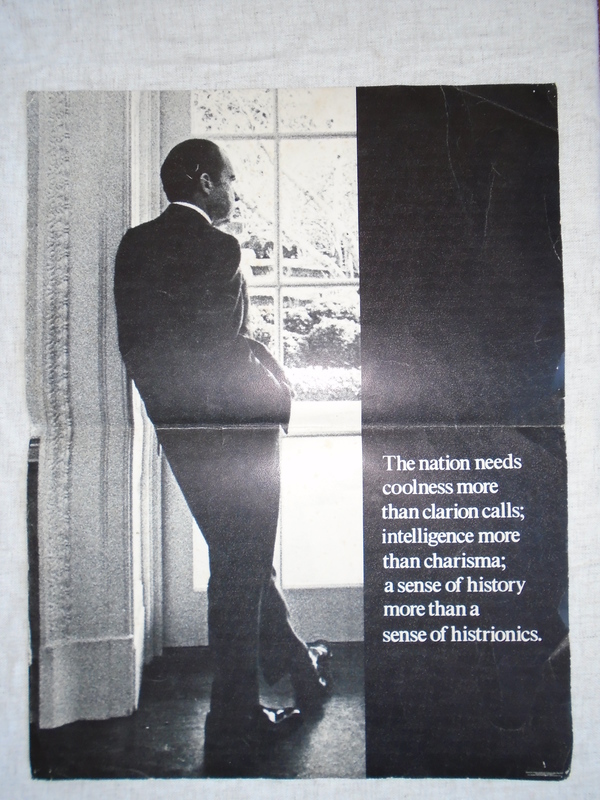 Nixon was aware of his representation on the media. He often came across as harsh and rigid, due in part to his unforgiving attacks on communism as a Senator and Vice President. But even before his presidency, Richard Nixon felt vulnerable to attacks from the media and Democrats.

Nixon, despite this vulnerability, served in the interest of the public. This poster is perhaps an attempt to remind potential voters that his harshness was not a permanent feature. His reelection campaign of 1972 used this poster to counter the campaign methods of his opponent, George McGovern, who emphasized Nixon’s flaws.

The Coolness poster is still available in replica on many online stores.