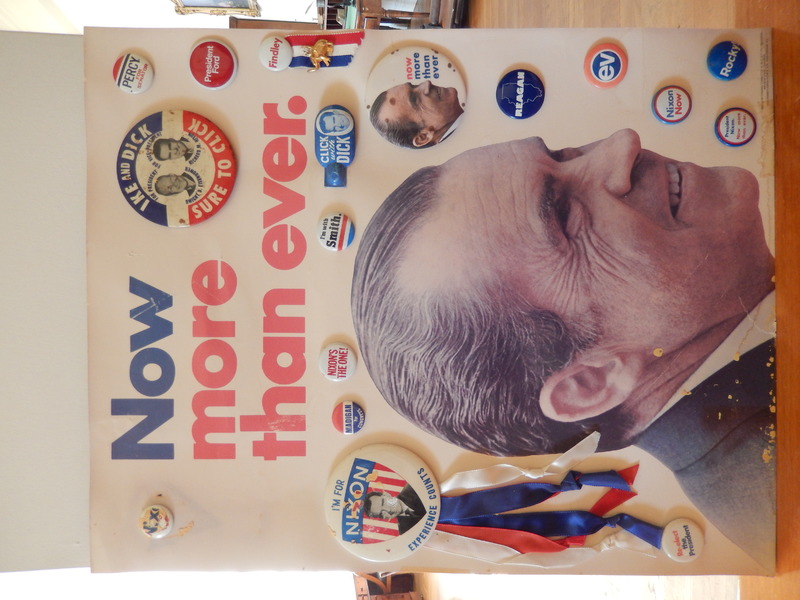 This campaign poster from the 1972 Presidential election borrows from success of the 1968 political theme; however, the use of the slogan was for “softening Nixon’s image” and less for his ability to stand up to challenges and family values. It was produced in mass quantity. Church had attached several campaign buttons onto the poster. The value of the button to connect to the voter was evident in the sixties and seventies. For example, the “Click with Dick” 1960 button adopted the “I like Ike” slogan as a standard with quick and catchy appeals to voters; hence, the button came in the shape of a remote control. There was also a constant need to cast Nixon in a friendly and familiar light, explaining its dual use. But slogans and themes also had origins from campaign songs. This music seemed more engrained in American culture; famous celebrities sang themes such as Connie Francis in “Nixon’s the One.” Then it was placed on posters and bumper stickers to relate the message that voters needed a change from Democrats and Nixon was the one. Another problem Nixon had was connecting with younger generations; the “Nixon Now” theme and song addressed that issue.