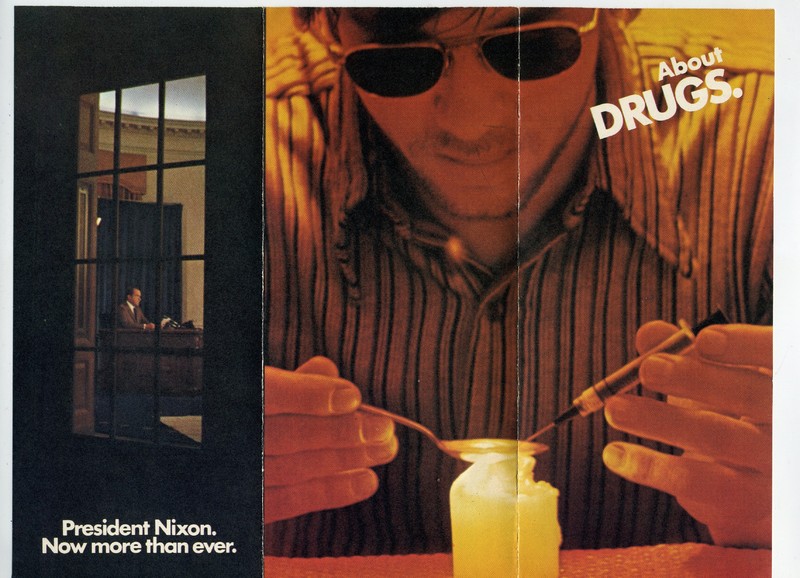 The phrase “War on Drugs” was coined during Nixon’s first term. It was popularized by the media after a press conference held by Richard Nixon on June 18, 1971. A day before, he published a special message to the Congress on Drug Abuse Prevention and Control in which he laid out the pervasiveness of the problem and stated that this would have to be an effort “at the highest levels of the Federal Government”, concluding that “the final issue is not whether we will conquer drug abuse, but how soon” (read the entire message here).

The pamphlet presented here aimed to document the actions taken by Nixon to fulfill his pledge of waging “an all-out offensive against that deadly enemy” and boost his re-election campaign. It highlights international cooperation to get to the sources of the drugs, efforts to stop domestic drug traffic, money spent on rehabilitation and education and measures taken to treat addiction in the armed forces.

Importantly, the pamphlet ends on the note that the “all-out offensive against drugs … will continue to be waged”, giving a prescient comment on the longevity of the term “war on drugs” and the corresponding restrictive policies.