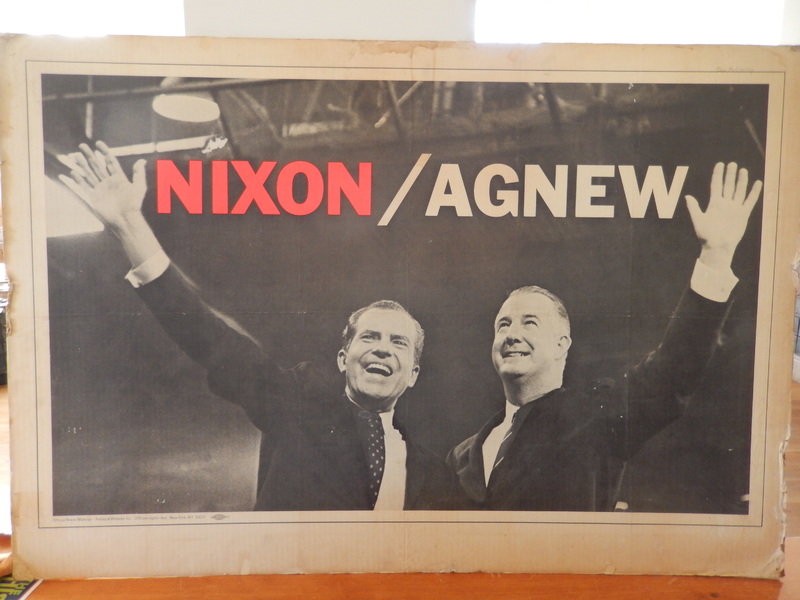 The photograph of Richard Nixon and Spiro Agnew used in this poster was taken at the 1968 Republican National Convention held in the Miami Beach Convention Center. Nixon nominated the relatively unknown Agnew because he believed this choice – Agnew had supported the civil-rights movement and took a tough-on-crime stance – could appeal to both Northern moderates and more conservative Southerners. It turned out to be a choice he would later come to regret.

Even though Agnew most probably helped to win necessary votes in the 1968 election against Hubert Humphrey, Nixon was not pleased by his behavior once in office. See, for example, the way he criticized Agnew for golfing too much on his Africa trip: “That's really the truth: You've got to make it appear that the trip's for work. Not over there on a goddamn vacation” (read the entire conversation here). Following bribery allegations, Agnew would go on to be the only Vice President to resign because of criminal charges (1973). Richard Nixon would of course famously follow his former VP’s path in the face of almost certain impeachment a year later.