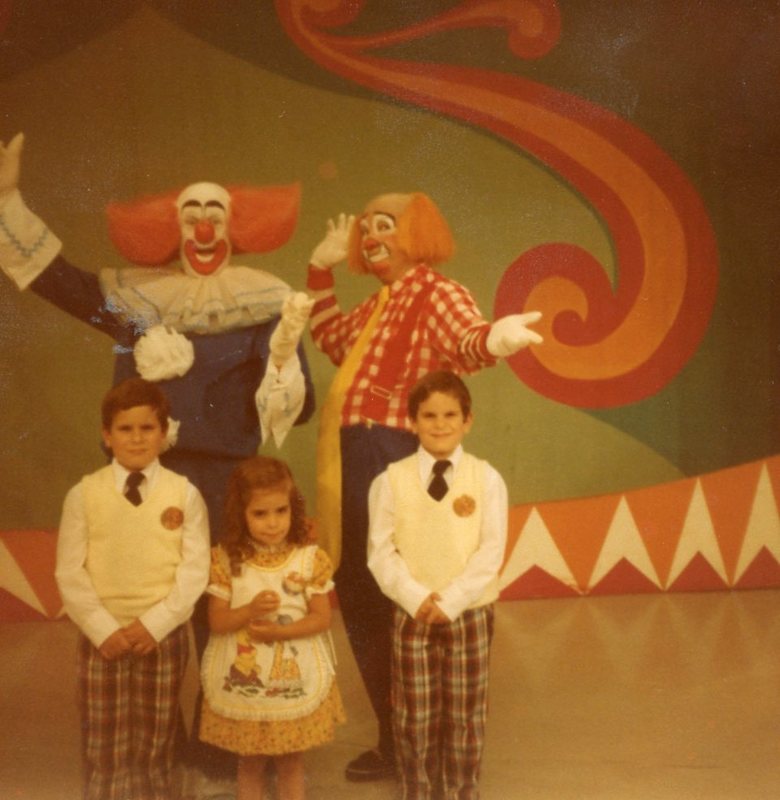 Bozo the Clown was a beloved children’s character from 1961 to 1994. The well-known children’s show began as Bozo’s Circus but was later renamed to The Bozo Show in 1980. The Bozo Show was live action and animation, including Bozo cartoons.

It aired on WGN-TV Chicago and was one of the more popular television shows in the 1980’s and early 1990’s. The Chicago franchise was the most successful and popular locally produced children's program in television history. It was also the most well-known Bozo show, as WGN-TV became a nationally viewed cable television station.[1]

Tickets were difficult to come by and, often times, there was an extensive waiting period. Family’s would participate in the call-in contest, in which a caller would win tickets.[2]

The audience was included not only in the antics of the show, but also a boy and a girl were chosen to play The Grand Prize Game. This game allowed children to interact with Bozo himself and they had the opportunity to win a new Schwinn bicycle.