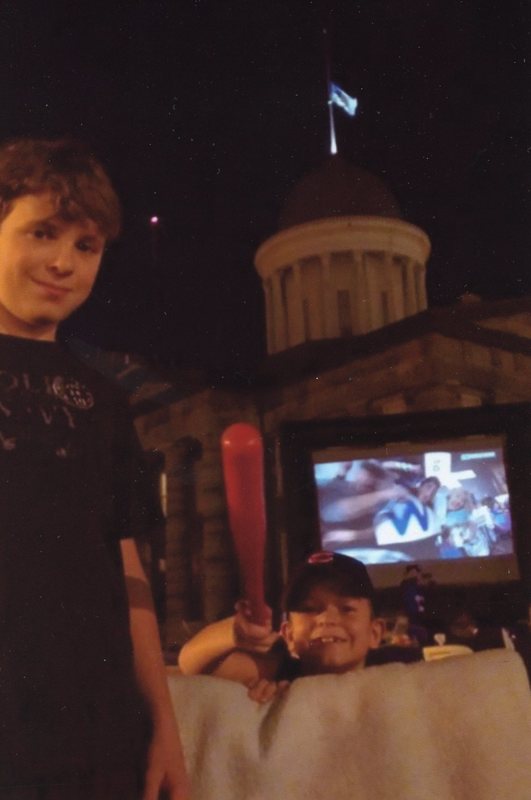 During the 2016 Major League Baseball (MLB) season, numerous Chicago Cubs fans anticipated this year as “the one.” While Cubs fans often made these claims every season as friendly banter, the 2016 season was something special. Failing to win the World Series since 1908, which was the longest World Series drought in MLB history, the 2016 Cubs won the National League Central title for the first time since the 2008 season. With 103 wins in total, the Cubs surpassed the 100-win mark for the first time since 1935, and secured the most wins since 1910.

As the Cubs’ impressive season continued, earning a spot in the World Series against the Cleveland Indians, fans rushed to see this team make history. To the left, shows a picture of the Chicago Cubs viewing party held at the Old State Capitol in Springfield, Illinois on Saturday, October 29, 2016. This historic event brought dozens of families and die-hard fans together to watch and celebrate an eventual World Series Championship.