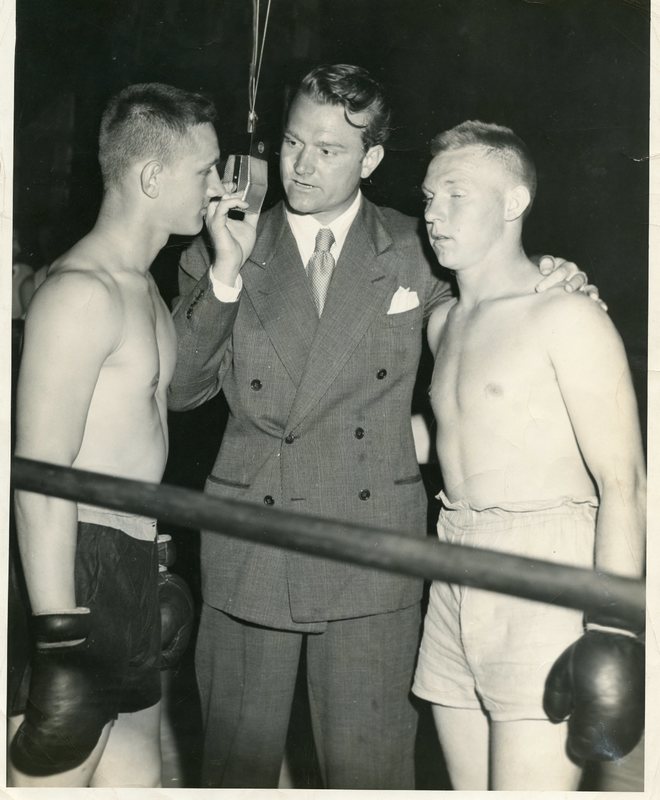 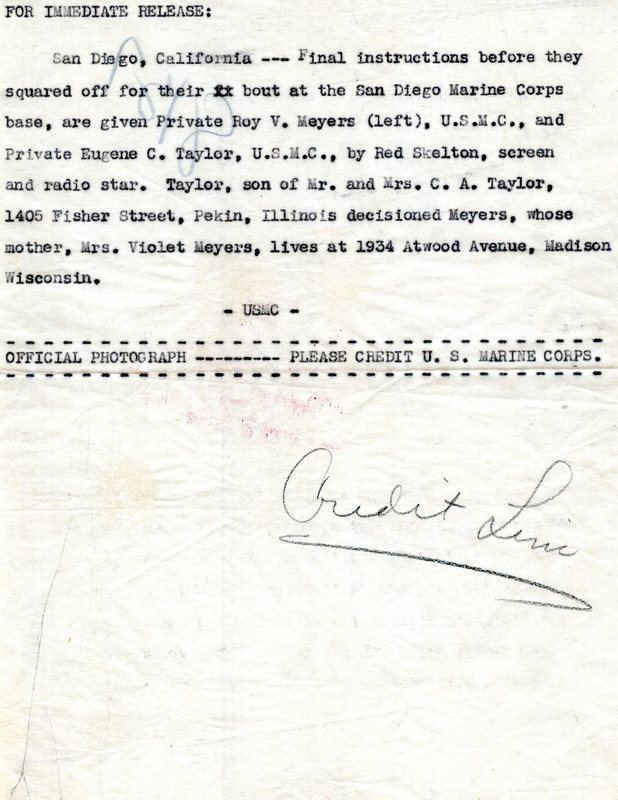 Originally from Pekin, IL, Private Eugene C. Taylor, shown on the right, prepares to fight Private Roy Meyers in a United States Marine Corps boxing match. Between the two men, is famous American comedy entertainer Richard “Red” Skelton, who was famous for his television and radio performances during the era.

This image showcases the final instructions before the bout begins. The fight was held in 1944 San Diego, California and the Illinois resident, Private Taylor, would go on to win the fight.