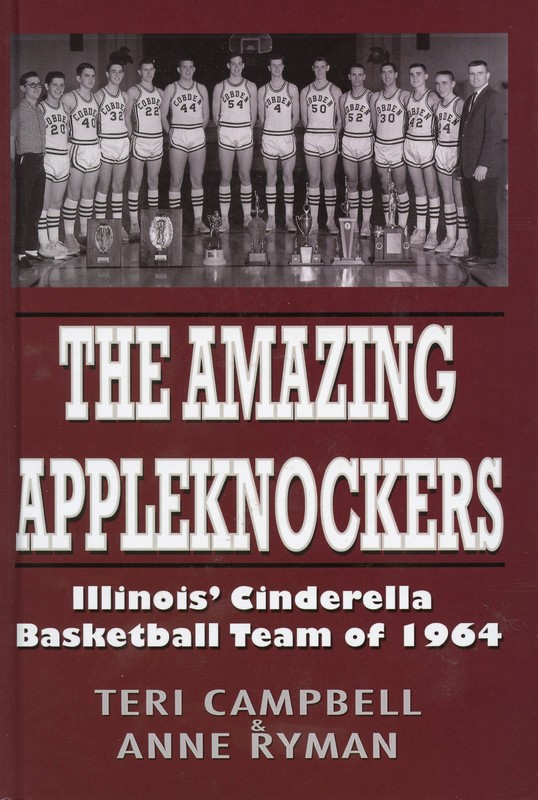 The Amazing Appleknockers: Illinois’ Cinderella Basketball Team of 1964 follows the remarkable true story of the 1964 basketball team from Cobden, Illinois, whose Cinderella story captured the attention of sports fans across the Midwest. Cobden, a small farming town from southwestern Illinois, had a population of around 900 people during this time.

Back in 1964, Illinois did not divide high schools in terms of enrollment like they do today (the Illinois High School Association now divides high schools into a four-class system for basketball). Illinois only had a single-class system up until 1972, so teams such as Cobden played teams multiple times bigger than them. Yet, Cobden had a tall team, with nine basketball players over six feet tall. Despite losing two vital players at the beginning of the season, the Appleknockers finished at an impressive 22-2, defeating powerhouse Decatur in the State Quarterfinals in Champaign. While losing to Pekin in the State Finals, the Appleknockers, led by the young, handsome coach Dick Ruggles, were a fan favorite.

The book, Amazing Appleknockers, depicts a powerful and odd-defying moment in Illinois history that will never be forgotten by sports fans across the state.[1]

[1] Rosalind Early, “In 1964, the Appleknockers from Cobden, Illinois, Made It All the Way to the State Championships,” Humanities: The Magazine of the National Endowment for the Humanities 35, No. 4 (July/August 2014). https://www.neh.gov/humanities/2014/julyaugust/statement/in-1964-the-appleknockers-cobden-illinois-made-it-all-the-way-t.